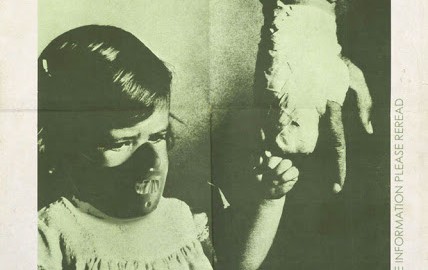 “Children up to the age of seven had to wear a muzzle, which was provided by the Notional Health Service, and when they were old enough they were fitted with special safety dentures which were made from lead. So heavy were these dental implants that children found it virtually impossible to open their mouths, restricting them to only uttering a word or two.

The scheme backfired when a group of muted children naturally developed telepathic abilities and tricked the county’s dentists and orthodontists into boarding a mysterious black bus, which was never seen again.”